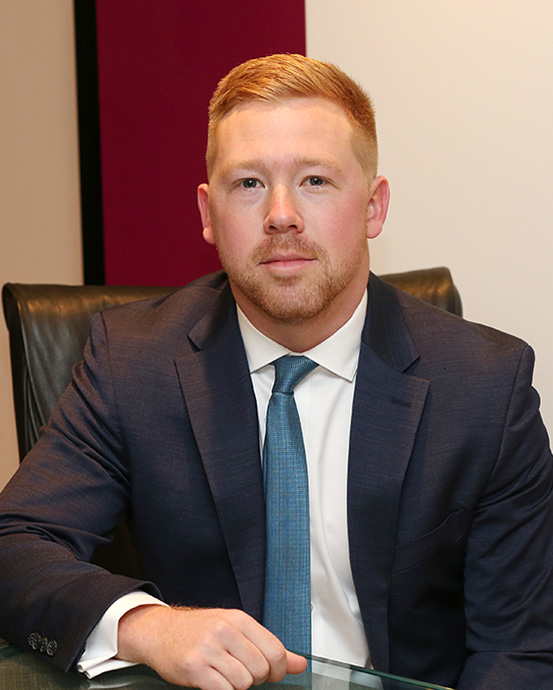 Rob joined McCarthy & Hamrock, P.C. in 2016 as a Law Clerk and later was brought on as an associate attorney in September of 2018.  He is devoted to aggressively defending his clients’ rights when they face criminal charges.  Rob understands the importance of keeping his clients apprised of every aspect of their case so that they can make an informed decision on how to move forward in their defense.

Rob studied at the University of Iowa where he earned his Bachelor of Arts degree in Political Science.  After a year of traveling abroad, Rob attended Drake University Law School, earning his Juris Doctorate.  At Drake, Rob served as Note Editor of the Drake Journal of Agricultural Law and authored a Note that was published in the 22nd volume of the Journal.  His Note received the Journal’s “Outstanding Note Award.” He also practiced as a student attorney in the Criminal Defense Legal Clinic for two semesters.

Rob is licensed to practice law in all State and Federal Courts in Iowa and is focusing on his Criminal Defense Practice.

Rob grew up in Harlan, Iowa and currently resides in West Des Moines.