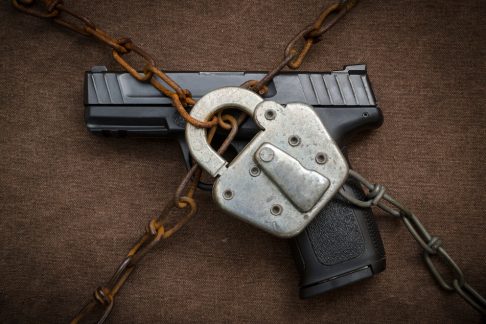 There is no mistaking that there are more mass shootings in America than ever before. It seems that almost every month, some violent act makes it to the national news, leaving multiple people dead or wounded.

What gives? Is there a detectable direction that states’ gun laws are going in? Will the federal government step in? No development in the nationwide conversation about gun control is so clear or predictable. Anticipating how public ideas and laws will change is all we can do for now.

A recent news article listed the most important facts about Iowa’s gun control laws. In it, the author also briefly discusses a new gun control bill in the State House. The proposed bill seeks to ban the sale or transfer of sem-automatic weapons.

Besides a handful of federal bans, the laws on guns haven’t updated. Because of the proposal being considered, looking at the laws on the books is a good idea.

There is an age requirement. Depending on the type of gun or its purpose, you must be 18 or 21 years old. ‘Open Carry’ You can apply for a professional license at 18 if your work requires it. If you intend to carry a gun for non-work reasons, you have to be 21.

You cannot purchase a handgun unless you are 21 or have a Professional Permit to Carry Weapons (PCW) license. For rifles and shotguns, the only requirement is that you are over the age of 18.

Naturally, the law does not allow convicted felons to own weapons. It also forbids individuals with domestic violence charges from owning a gun.

After a mass shooting incident, it’s easy to feel fear. Uncertainty about safety is understandable and common. Doubts about the future of gun laws also happen. What is critical to know is that as of now, nothing major has changed.

If the proposed bill passes, or if any other gun law changes in the State House, we will keep you updated.

Even though guns are legal and common in Iowa, there are still many illegal acts related to firearms. For an extensive list of weapons crimes, check out our page linked here. If you have been charged with a weapons crime, it is wise to contact a qualified defense attorney.