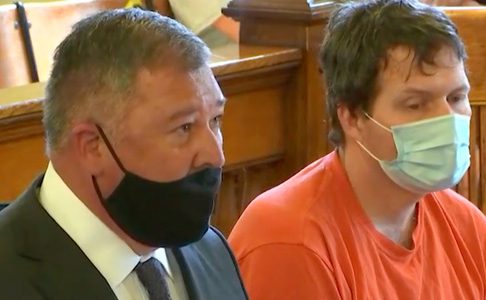 On September 2019, Todd Mullis was convicted of first-degree murder in the death of Amy Mullis at the couple’s farm in November 2018. The allegations against Mullis were that he stabbed his wife in rage over an extramarital affair and the possibility of divorce. However, Mr. Mullis maintained his innocence throughout the entire trial and after conviction was soon to request a motion for a new trial due to ineffective assistance and prosecutorial misconduct as his main points.

Our very own criminal defense managing attorney Aaron Hamrock took up the mantle of writing that motion and becoming Mr. Mullis’s new defense. As Mr. Mullis’s new counsel, attorney Hamrock listed several instances of prosecutorial misconduct and ineffective counsel that occurred during Mr. Mullis’s trial. One of his argument was that prosecutor Maureen Hughes used prejudicial language and made false claims against Mullis during a 911 call he made while doing chest compressions on Amy Mullis.

Prosecutor Hughes played the 911 tape in court and cross-examined Mr. Mullis at the trial. After she played the tape, Ms. Hughes asked Mr. Mullis to listen again at the part of the tape where Mr. Mullis is performing chest compressions on Amy Mullis. Once Mr. Mullis re-heard that part of the tape, prosecutor Hughes asked him “Now Todd did you just hear that whisper at the end of that?” He proceeded to answer “Yes.” She then proceeded to question him on what he whispered, and Mr. Mullis answered that he couldn’t hear what was said.

Hughes then played the tape one more time and asked Mr. Mullis “Todd, do you whisper ‘cheating whore’ right there?” Mr. Mullis. Our defense attorney Mr. Hamrock cited this instance in his motion to say that Ms. Hughes specifically and repeatedly suggested to Mr. Mullis that he indicated the decedent in the case was a “cheating whore.”  Mr. Hamrock’s argument was that by Hughes suggesting Mr. Mullis said these words, she was indicating a lack of remorse, state-of-mind, or some other inference that would be consistent with him having committed the offense. He then went on to argue that Hughes was reckless and repeatedly used prejudicial terminology when she should have reasonably known the phrase wasn’t in the recording. Additionally, Mr. Hamrock stated that Ms. Hughes displayed prosecutorial misconduct by questioning witnesses about others deceit, distorting testimony, and making unsupported arguments during her closing statement.

Another issue regarding Mr. Mullis’s trial that Mr. Hamrock addressed was regarding ineffective assistance of counsel. Throughout the arrest and trial, Mr. Mullis never claimed he was guilty of murder or that Amy was murdered at all. It was found when discussing the matter with Mr. Mullis and through court documents that Mr. Mullis’s trial attorney blatantly disregarded his specific guidance to not acknowledge Amy Mullis’s death due to homicide. Mr. Hamrock also argued that Mr. Mullis never told his trial counsel at that time they could concede an essential element of the crime he was accused of. By saying Amy Mullis’s death was a murder, Mr. Hamrock argued, Mullis’s former counsel were conceding an essential element the government would have had to prove beyond a reasonable doubt if they hadn’t conceded.

The above arguments were only a few examples cited from Mr. Mullis’s defense. Unfortunately, the motion was denied. However, that hasn’t stopped the legal team at McCarthy & Hamrock, P.C. Once they were able to, Mr. Hamrock and Robert Larson filed a notice of appeal on September 9th, 2020. The appeal seeks to overturn Mr. Mullis’s conviction and have the case sent back for a new trial for the same reasons set forth in their previous motion. While the appeal makes its way through the court system, the attorneys at McCarthy & Hamrock, P.C. have been hard at work preparing for the case.